A few weeks ago the stupid side of me left the Kindle 2 in the seat pocket on the flight back from Atlanta to LaGuardia. Leah bought me the Kindle DX as a birthday/X’mas present to replace the Kindle 2. After using the DX for 7 days, here is what I’ve found so far.

After watching the FedEx's tracking page like a hawk last week, my Kindle 2 arrived on Thursday just in time for me to take it with me for the Alt.NET weekend in Seattle. The flights between Seattle and Newark allowed me to spend hours reading on the new Kindle. Instead of giving a full hands-on review (plenty can be found on the interweb), I'll give some comparisons with the original Kindle.

Build
Nothing really was wrong with the build quality of the original Kindle. It is light and feel solid, despite the plastic body. But once I laid my hands on the new Kindle, there is really no comparison. The non-wedge shape and the thinness combines with the metal back cover gives Kindle 2 a much higher build quality, much like the original iPhone vs. iPhone 3G. And even though Kindle 2 is lighter than Kindle 1, I feel the new version is much more solidly built. The uniform thickness makes the new Kindle so much easier to hold. The wedge shape of the original almost forces one to hold it in about two ways that don't hurt or tiring. Now I can hold it anyway I want.
Screen
You can see the huge difference in refresh speed between the old and new here. It makes reading on the new Kindle even better experience. There is no more the need to click Next Page just a few seconds before I finish the page to compensate for the slow refresh. Of course, the quicker refresh speed allows the use of the new 5-ways controller. The increased level of grey levels (16 vs. 4) really makes illustrations becomes a viable of the eBook. Previously it depends on how much effort the publishers put it to cater for the 4 levels of grey. Some makes it readable while others make it impossible to decipher.
Buttons
One of the main complain about the original Kindle is the placement of the buttons around the edge. The location makes it almost impossible to not activate a button when picking up the Kindle. The buttons in the new version are now much smaller and rock inward instead of the traditional outward. This means I can pick up or hold the new Kindle without fearing pushing a button by mistake.
UI & Navigation
The new 5-ways controller makes navigating the menu system (which is also re-designed) so much easier than the roller of the original. This also allows highlighting text to work on word by word basis, verses the line only in the original. Another thing is that the new controller is much less noisy to push than the roller. Not a huge deal normally but makes a big difference when reading in bed, next to a sleeping wife!
Battery & Charger
The new battery definitely last longer than the original. Compare to the original Kindle review which also happened during a weekend trip to Seattle, the new Kindle used only 1/3 of the charge vs. 3/4 with similar usage. Lots of people have issue of the non-removable battery in Kindle 2 but I don't feel it would be a problem. May be that's because I rarely have to replace a battery in any of my electronic gadgets. I do like the new charging mechanism though. Instead of a separate charger, the new Kindle uses a USB cable for charging from the computer, or with an adaptor from the main power. And the adaptor is very slight and easy to pack, it reminds me of the design the iPhone 3G adaptor. 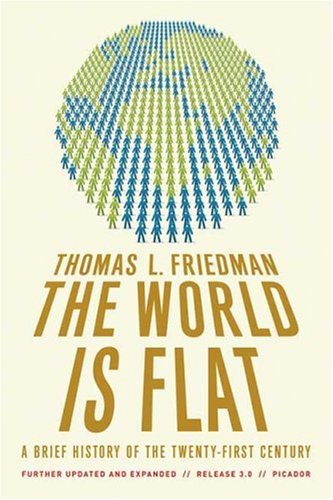 Show us the book you're reading right now.
Submitted by Strive2Be. 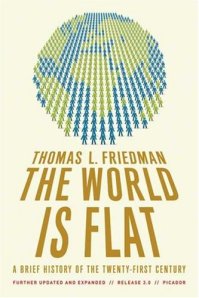 The World Is Flat 3.0: A Brief History of the Twenty-first Century
Thomas L. Friedman
★★★★★
Currently one of three books I am reading on the Kindle. 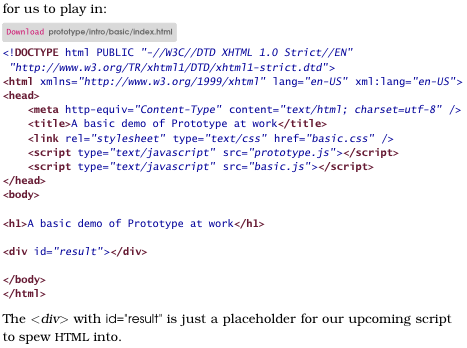 I met Brian Donahue at ALT.NET in Seattle a couple of months back, and earlier this evening he tweeted that he was curious how well code in PDF would display on the Kindle. So I replied and told him I'll try it out and show him the result.

The process of converting a PDF to Kindle format is very simple. Since I am at my computer I don't need to send the PDF to my Kindle wirelessly, so I emailed the PDF (5.6MB) to my 'free' Kindle email address: alexhung@free.kindle.com. I received back the converted .azw file (2.6MB) from Amazon within a couple of minutes. I copied it to my SD card, popped it into the Kindle, switched it on, and there it was right at the front page.
So here's a screenshot of the original PDF taken from Preview.app: 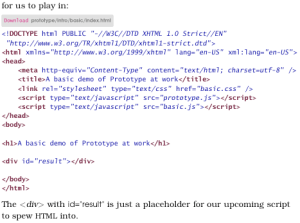 Original PDF
And here are how the roughly same page looks on the Kindle: 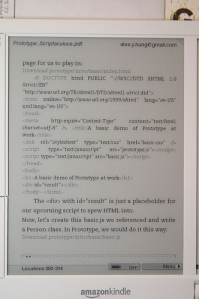 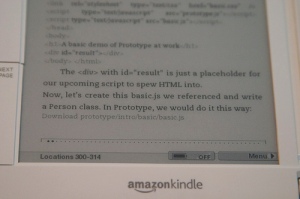 Tech book on Kindle – 2
As you can see the colouring and the code font are gone, obviously, the line-break is off and the download links are gone too but these are to be expected. But overall, I am impressed by the quality of the conversion. The text is properly converted, i.e. not being displayed as a bitmap image. Even the table of content is navigable (it doesn't show up as in the Kindle menu though).
Despite the good quality, I am still not completely convinced the Kindle is a good way to read tech book. Simply because there is always a lot of flipping back and forth when I read tech book, especially reference books, and the Kindle page by page flipping is way too slow. But for regular PDF book, I think the Kindle works just fine.
(Note that I took the photos indoor with flash, at ISO 1600 handheld. Even with image stablizer on, there are still some handshakes.)